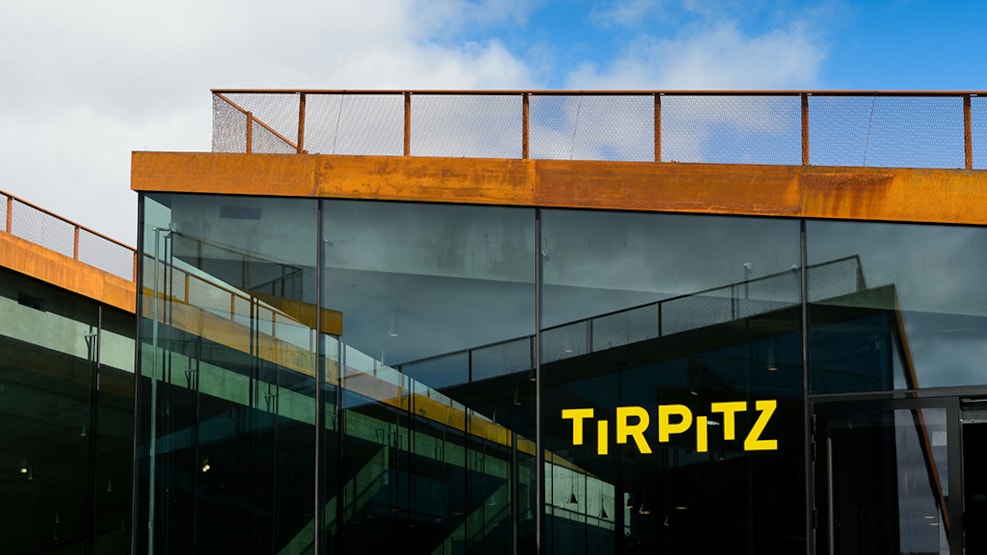 Explore the old bunker and join us under the sand and listen to the west coast's hidden tales of shipwrecks, precious amber treasures and forbidden love. The Danish architecture office BIG has created the spectacular setting for an attraction hidden under the sand in the protected dune landscape at Blåvand. The museum contains four permanent exhibitions, a gallery for changing exhibitions as well as a café and shop.

Not only is the architecture spectacular – so are the exhibitions! The Dutch experience designers Tinker Imagineers, who have won numerous awards in Europe, have designed the exhibitions which are sure to engage the whole family.

The Last Mammoth – The First Human (through August 2023)

Meet the ice age girl Ayla and follow her to the vast, windswept grass tundra where the last woolly giants lived. You will also meet nature enthusiast Jonas, known from the popular Danish YouTube channel @Naturnørd, and archeology enthusiast Line, who shows unique finds from the end of the ice age. The exhibition is particularly suitable for children aged 5-12.

Embark on a time-travel that starts with the mammoths on the vast plain, where now is the North Sea. The journey continues to early Blåvand with warlocks and smugglers, on to the heroes of the sea, and right up to the flourishing camping life of the 1970s.

Gold of the West Coast

Contemplate the treasure trove which holds one of the finest amber collections in Europe. Also meet the amber hunter who might reveal how you can find amber yourself. Discover the many properties of amber in the amber forest and get to know the difference between amber and just yellow rocks.

World War II was not just about concrete and cannons but first and foremost a world tragedy that struck ordinary people – also on the Danish west coast. Meet some of these people and learn of their fates in the exhibition, which is built like a bunker landscape.

The old bunker lies as a testimony to the widespread consequences of World War II. Like a huge concrete block full of secrets, it calls for you to explore in the narrow aisles. Here too, a wealth of great stories lies hidden.